Be Strategic To Be Heard, Football Chief Advises Supporters Summit.

A report by Michael Doherty, the Rovers Trust

As with most conferences, the most valuable work was done in the informal part of the schedule in networking with other fans, but there were some interesting presentations and workshops. 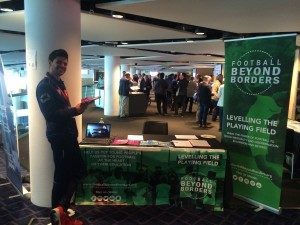 The key speech on the opening day was from Ian Lenegan, the newly appointed Chairman of the Football League. In a wide ranging speech he supported the invitation to clubs with Category A academies (which of course still includes Blackburn Rovers) to take part in the Football League Trophy.

His claim that this would help young English talent and therefore the England national team was met with some scepticism from the floor. He outlined some of the thinking behind the ‘Whole Game Solution’ proposals (aka League 3) focussing on reducing fixture congestion.

The pre-conditions of a very high majority approval vote from existing League club and an insistence that the proposals must generate higher income (from fewer games) make it rather unlikely that League 3 will be arriving any time soon.

Of more direct interest to Rovers Trust members were his comments on club engagement with supporters.

On the need for ‘senior representatives of the club’ to be present he said that if the meetings were going to attract the time of the most senior decision-makers in a club then the meetings should be concerned with strategic issues rather than, for example, the price of programmes.

I really welcome this as a statement that supporters are to be seen as strategic stakeholders in the club and not merely as consumers or some sort of unofficial wing of the marketing department. 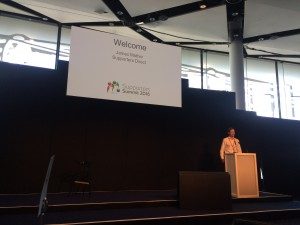 When questioned, though, he confirmed there is no obligation for club owners to be present. This clearly results in a problem with any engagement process at Blackburn Rovers. The Rovers Trust will have to monitor the structured process and feed back to the Supporters Direct and the EFL any shortcomings.

There were positive messages from the Football League, but the underlying and unspoken theme emerging from the Q&amp;A session was that the clubs are businesses, the private property of their owners, and they will decide things. I also attended a range of workshops, including ‘Creating Change - Scrutiny, Protest &amp; Pressure’. This featured fans from Blackpool, Newcastle United and Charlton Athletic outlining the challenges facing their clubs and some of the tactics that supporters can use to mobilise fans to defend their interests, from marches to commercial boycotts.

The workshop on ‘What is the secret to a good supporter-led campaign?’ was by the Dons Trust on the battles involved in the return of AFC Wimbledon to Plough Lane and the successful campaign by a consortium of supporters trusts to shine some light on the frankly jaw-dropping details of the deal for West Ham to move to the Olympic Stadium.

On Sunday, I attended the Supporters Direct Network Review, a consultation both on the policy priorities for the organisation and new ways of connecting supporters trusts with each other.

There was a head of steam behind the idea that Supporters Direct should focus on national level lobbying on regulation issues.

I raised the point that fans could not understand how the owners of a club that has been at the heart of its town for almost 140 years and who refuse to engage with fans, could possibly be regarded as fit and proper persons to own that club. It remains to be seen whether it is realistic to expect the organisation to be in the vanguard of changing the current fundamental model of hands-off regulation of owners, but we continue to push.

I met some thoroughly decent people who continue to give up their free time for the clubs they love, in particular from Charlton Athletic, Brentford, Blackpool, Newcastle United, Swansea City and Hull City.

I look forward to sharing ideas with them. I also picked up some themes that ran through the workshops and my discussions with colleagues – it is a long and hard road; we are not alone; there is a lot of talent in the membership of trusts; in the absence of a willing seller all that supporters trusts can do is plan, pressurise and wait.

I was particularly taken by the comment from a Charlton Athletic trust member that we join supporters trusts and carry on their work out of a sense of self- respect, so that we can say that we did not stand by as our club was undermined and hollowed out as the private plaything of transient owners.