The Rovers Trust is behind a move in Parliament to legislate against unfit owners in football – with Blackburn Rovers named and shamed as a prime example of unfit ownership.

Working alongside two East Lancashire MPs, the supporters trust for Blackburn Rovers has taken the fight to remove the Venky’s from Ewood Park to Westminster.

Blackburn Rovers, along with Coventry City, Leeds United, Charlton Athletic and Blackpool are named in ‘Early Day Motion 611 – Football Corruption’ as examples where fans “have lost faith in their clubs' owners amid deep concerns about the future direction of their clubs.”

The Rovers Trust initiated the EDM 611 in response to the growing anger among the supporter base at the disastrous owners, the Rao and Desai family of the Venky’s company in India.

All the Blackburn Rovers supporter groups have joined together under the ‘We Are Rovers’ banner to escalate protest against the owners in a bid to force them to put the club up for immediate public sale. 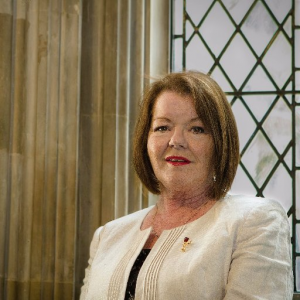 EDM 611, tabled by Hyndburn MP Graham Jones and sponsored by Blackburn MP Kate Hollern, Chris Matheson, City of Chester MP, Jim Shannon MP for Strangford in Northern Ireland and Christopher Stephens MP for Glasgow South West, “is concerned by the widening detachment between the fans who love the game and a growing number of football owners, authorities and leading figures.”

It states that: “The fans of many clubs including Blackburn Rovers, Coventry City, Leeds United, Charlton Athletic and Blackpool, including clubs in Scotland, have lost faith in their clubs' owners amid deep concerns about the future direction of their clubs.”

And it calls for: “Rapid progress from the Government in legislating to introduce a robust fit and proper persons test for those who seek to purchase football clubs which will require clearly defined business plans for how they will safeguard the club's future and which will mandate fan representation on football club boards.”

Michael Doherty of the Rovers Trust says: “EDM 611 - Football Corruption is a significant step in the recognition by the state institutions in the United Kingdom that the regulation of the national game is not fit for purpose.

“It criticises the failure of the FA to deal with the corrosive ownership of certain clubs.

“The fact that Blackburn Rovers, owned by the Rao family and Venky’s, is listed first in this catalogue of disastrous owners should be a matter of shame for the club and the owners.

“Venky’s were the first, and so far only, Indian owners of a Premier League football club.

“This motion in the Westminster Parliament highlights the fact their harmful ownership of Blackburn Rovers has been a catalyst for Parliamentarians to call for new laws to protect clubs and fans from owners who do not have adequate plans to safeguard a football club’s future.

“It is time for the Rao family to put Blackburn Rovers up for sale.” 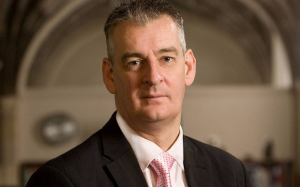 Graham Jones MP says: “Rovers&#39; situation is increasingly worrying. We are now a third of the way through the season, remain in the relegation zone, and have seen no leadership from the owners as to how we get out of this mess.

“The Early Day Motion that Kate and I proposed is an important way of drawing attention to what is happening at Ewood Park and putting it in the context of other problems facing football.

“The time has come for the government to make good on their promises and introduce legislation to improve the rules around purchasing football clubs and putting fans on club boards.”