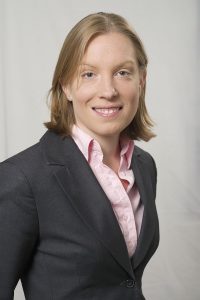 Rovers Trust has secured a meeting with the Sports Minister, Tracey Crouch MP, on Tuesday 25 April. It will be represented by Board member, Michael Doherty. The meeting was facilitated by Kate Hollern MP for Blackburn – our thanks to her and her office. With the announcement of the General Election there is still a distinct possibility of cancellation but we remain hopeful that the meeting will go ahead. Tracey Crouch is a genuine football person, a supporter and a qualified coach who has coached a girls’ team for years. She has shown an interest in reform of sports governing bodies and in supporter involvement. We hope to have a sympathetic audience for our concerns and questions.

A full report to Trust members will follow next week. We can though outline our general aims for the meeting. We will only have 20-30 minutes and the minister has a remit over sports regulation as whole rather than the investigation of individual grievances at individual clubs. We should note that she has already recently replied to questions about the application of the owners and directors test (aka ‘fit and proper persons’) to Venky’s in a letter to Graham Jones MP.

We do though want to present the mismanagement, and negligence and unresponsive ownership, of Blackburn Rovers as a stress test of the regulatory framework. We want to explain that the very useful reforms, such as the bi-annual structured dialogue meetings, are a boon to supporters at most clubs. They have not improved the situation at clubs whose owners have treated the Government’s plans for greater supporter engagement with utter contempt.

We want to promote the Supporters Direct policy of club licenses for professional clubs and our ideas of a ‘kitemark’ system that rewards good governance by club owners and directors. Finally, we want to ask whether she is satisfied by a system of football governance that results in situations like those at Rovers, Blackpool, Coventry City, Nottingham Forest, Charlton Athletic and at Leyton Orient, where the employees of the multi-millionaire owner are left wondering if they will be able to pay their rent and food bills at the end of the month.