The final day of the 2017-2018 season on May 5th marked the culmination of several fantastic achievements for Blackburn Rovers Football Club. After seven tumultuous years, the successes of the Ladies', Development and First teams have helped to reignite a latent, but passionate support for our beloved club.

Our Ladies team won the League Cup in their first ever Final appearance against a tricky Leicester side, and have gone on to complete an historic League and Cup ‘Treble’ by retaining the Northern Division title, and the Lancashire Cup. Enormous credit must go to Gemma Donnelly (Manager) and Lynda Shepherd (Captain) for their superb leadership of an immensely talented team.

Our Development Squad, under the skilled guidance of their coaches (and Rovers Academy graduates) Damien Johnson and David Dunn, secured the Premier League 2 Division 2 crown. Throughout the season, the team has been encouraged to play a brand of tough, yet free-flowing football that would make even our First Team jealous! Their reward is to compete in Premier League 2 Division 1 against some of the finest youngsters in the country and we just know they’ll fit right in, even after the inevitable round of promotions to the First Team during the close season.

Finally we come to our First Team, who have achieved promotion to the Championship at the first time of asking, from a league we should never have been in. The final game of the season against Oxford was a nail-biter, with the league title up for grabs, and what a day it was! Backed by a vociferous 27,600-strong crowd (the biggest attendance seen in Lancashire at any level in this 2017/18 season and the highest in League One) Darragh Lenihan and Jack Payne scored thumping goals to give us winning momentum as we journey back into the Championship.

Despite those plaudits, the end of the season is also a time to reflect. While Rovers’ Owners, Venkys, have released a statement similar to ours, we believe that this should not detract from the concerns that the Trust, and many supporters, continue to have about the manner and consequences of their ownership.

Rovers Trust are still worried about the club’s financial position, with debt remaining at an unsustainably high level. The reports from the two accountancy firms brought in last summer have yet to be fully reported. We have also lost Radio Rovers, leaving fans at the mercy of BBC Radio Lancashire, and have a deteriorating stadium: an apt metaphor for the lowly position the club now finds itself in when compared to the one in which Venkys acquired it. Promotion is undoubtedly positive, but it remains a fact that we have just experienced our lowest league finish in 40 years.

On balance, Trust members express the view that while they would like Venkys to sell the club, they do not wish to ‘rock the boat’ at a time when things are looking relatively stable. Rovers Trust remains a hotbed of Rovers supporters with the club’s long-term interests at heart. Our focus is on supporting the club, its heritage, and its place in the local community, whilst seeking to mitigate the pain of the last seven years 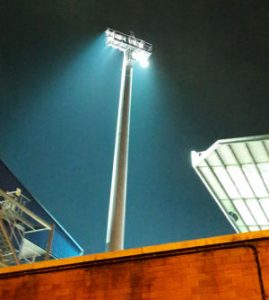