Bios – Meet the Rovers Trust Board

It was always hard following the Rovers until the 90s. I defended the cause in Manchester,Liverpool and London. Answered many questions about Man.U and Liverpool as I worked abroad for 20 years. Jack Walker’s Investment and Legacy made it easier in latter years. Seeing my 2 young Grandsons in their Rovers shirts made me proud but also resilient. The last 7 years have made me depressed,angry and pro-active.

As the 3rd of now 5 generations of Rovers Supporters(since the 1930s) I now feel a responsibility to leave a legacy. Lancashire needs and deserves its true Premier Club back in good fettle.

As the new Chair of the Trust I intend to use all my Business,Marketing and Networking experience to leave a stronger Club…the Trust is just a conduit to achieve that. The Trust is the ‘safety net’ but it is also the gathering ground for the core of committed supporters. We will ensure 2-way communication is maintained and improved and I hope to leave some lasting projects and protection measures in place.

I would encourage any non-members reading this to join and get involved –but I would say that wouldn’t I ? Please feel free to email me at chair@roverstrust.co.uk with any ideas or comments. 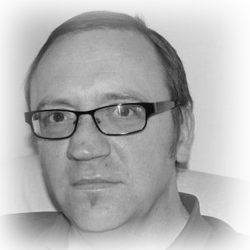 I helped the original Supporters Trust get off the ground in around 2011, and was the first interim Chairman of the Trust. I worked with the then BRIST to bring together the two groups under one heading, and have been either Co-Chairman or Vice Chairman of The Trust since the beginning.

First game was about 1982 I think, and have had a season ticket since 1985. I have been to watch Rovers at nearly fifty grounds home and abroad now. This is likely to expand now we are in the third tier.

I feel that the way modern football is governed is not the way it should be, with not enough supporters having a voice in the running of their club.  Finance, corporate greed is put before what is the best thing for the club and the community in the decision making process. I was invlved in the resurrecting of the Rovers Burial ceremony in 2012 after relegation, see photos from CN174 at https://www.flickr.com/photos/cn174/sets/72157630700766350/detail/  . I also pushed for the Bamber Bridge ceremony to be held after relegation from The Championship 2017, which went ahead despite opposition from the Police. 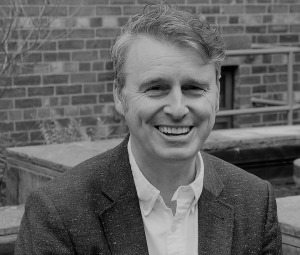 Hello! I am from Audley Range and have been a Blackburn Rovers fan all my life. I went to John Rigby High School and St Mary’s College and worked in the classic part-time job locations of Peppermint Place and Blackburn Market. My Grandad’s ticket from the 1960 FA Cup Final is a treasured possession. My all-time favourite game is still Rovers v Derby County 10 May 1992 the semi-final first leg play off and the turnaround from 0-2 to 4-2, the atmosphere before the game and even after we went two goals down, the belief that after so many disappointments that this would be our time, the noise, Speedie’s celebrations …

Although I started going to the game fairly regularly from the mid-80s (Gennoe, Garner, Brotherston et al), it was only when I left Blackburn to go to law school that I really appreciated what being a Rovers supporter meant to my identity, to my sense of being a Blackburner. That is one reason I am really interested in the work of the Rovers Trust – Rovers is so important to the community that we should not be standing completely outside of the running of the club.

In my day job, I am a Principal Lecturer in Law at Lancashire Law School, University of Central Lancashire, Preston. My main areas of interest are legal education and public law (i.e. the law of government and public bodies, including human rights). I am not a sports lawyer but am very interested in regulatory systems and fairness in decision-making. I have previously been elected to chair the national Association of Law Teachers and been involved in policy formation on legal education.

In 2014 I created and launched the world’s first national map of legal places – OpenLawMap. I wanted to let users create their own map entries based on what they themselves regarded as significant legal events. For my own first map entry I choose Ewood Park and the achievement of Rovers supporters, through the Trust, in getting the ground listed as an ‘asset of community value’ under the Localism Act 2011. This brings me full circle back to the Rovers Trust and the firm belief that the best form of ownership of football clubs is one that, at least, has a significant element of supporter and community ownership.

I was proud to be co-opted onto the Board in the summer of 2016, and even prouder to be elected to the Board in 2017. My focus is on using law and policy to try to protect the assets of the club and on working with others to change the owners and make fan ownership part of the brighter future for Blackburn Rovers. 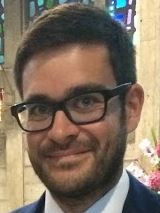 I come from a family of Rovers fans with a long tradition of supporting the team through thick and thin. My first match was as a five year old in 1987, with Rovers winning 4-2 against Barnsley. I was fortunate enough to get my first season ticket in 1991-92 just as Jack Walker’s funding was beginning to have an impact on results. As my dad constantly reminds me, that period was the anomaly, not the years of mediocrity before and since! I was at Wembley in 1992, Anfield in 1995, Preston in 2001 and Cardiff a year later, and even managed to convince my Glaswegian wife to come along to Salzburg, Cologne and Rotterdam for the UEFA Cup trips of the mid-noughties. Surprisingly, she has been less enthusiastic about this season’s midweek trips to Scunthorpe and Rochdale.

My motivation to get involved with the Trust was to try and contribute to the fight to preserve the club’s history as a founder member of the Football League, and its future as the focal point of the community I grew up in. The current ownership of the club does not reflect the values and traditions of the club, and does nothing to preserve its position as a vital part of Blackburn’s social and economic identity.

I currently live in Manchester, where I am studying for a PhD and training to be a Vascular Surgeon. I also represent UK surgical trainees to the Royal College of Surgeons of Edinburgh, so I have experience of working with committees to define and meet objectives, often in difficult circumstances. The recent junior doctors’ strike gave me experience of dealing with people who share a very different mind-set and who may not appreciate the negative impact of remote and ineffective leadership. As part of the board I hope to use my skills and experience to help preserve our club for future generations, so that they also have the opportunity to be part of a community of supporters that will always be an integral part of my life.

Rovers Trust would like to thank the following people for their work with the Trust in the past, they may no longer be involved day to day but their help has been invaluable making the Trust what it is today