Home / News / Kenya kit appeal by Rovers and the Trust

Kenya kit appeal by Rovers and the Trust 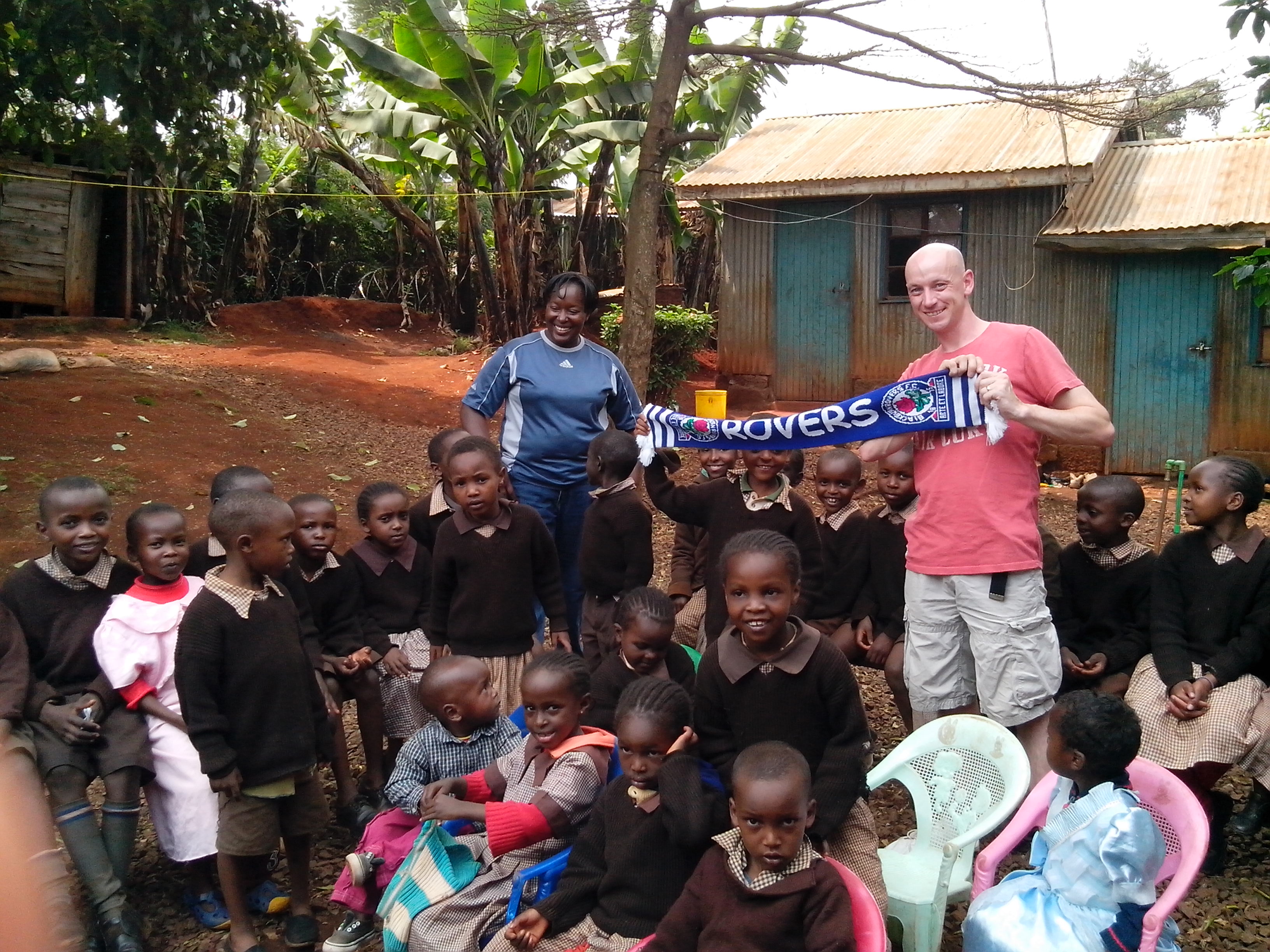 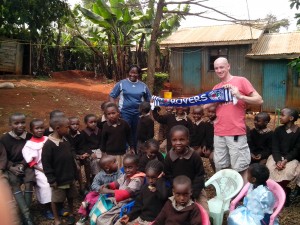 The Rovers Trust has teamed up with Blackburn Rovers to help send football kit to children in a Kenya orphanage following an appeal from a member of the supporters trust.

Darren Gudgeon, a Rovers fan since the age of eight and a British soldier based in Nairobi, Kenya, helps train the Kenyan Army whilst also providing food, shelter and medical care for a children’s orphanage.

When Darren, who is with the Royal Logistic Corp, arrived at the orphanage, five of the children had HIV and were in a bad way, but through various donations, their health has improved and Darren believes the children – who had previously been helped by an Arsenal fan – would benefit massively from the donation of Rovers shirts, hats and scarves.

All Rovers fans are being asked to donate any unwanted or spare items of kit they might have and Blackburn Rovers has agreed that Ewood Park can be the collection point, as well as helping with the appeal.

Darren, who joined the Rovers Trust, the official supporters trust for Blackburn Rovers, last year, explained: “I would love to see them kitted out in blue and white.

“I showed them footage of a Rovers game on my iPad and they were fascinated, not only by the football, but by the iPad too, it was like something from the future to them”, said the former pupil of Rhyddings School in Oswaldtwistle.

The 33-year-old father of two and husband to Arsenal fan Kirsty added: “Any small donations would be amazing and the kids and adults who look after them would be so grateful.

“It’s nice to see the children having fun and playing football. Kenya is a very tough place to live and donations from Rovers fans would help them to escape the harsh realities of life.”

As well as serving in Kenya, Darren has also served with the British Army in Cyprus, Germany, Afghanistan and Iraq.

Simon Barnes, secretary of the Rovers Trust, has agreed to handle the logistics of transporting donated items to Kenya.

He said: “This is one of the many important initiatives the Rovers Trust is successfully working on for members and the supporter base as a whole.

“Rovers fans have a chance to help a fellow supporter, a member of our Armed Forces doing great community work in Africa – and free up some wardrobe space!

“We will take any football kit in good condition – especially shirts, hats, scarves and gloves – and if it’s Rovers related so much the better.”

Greg Coar, head of commercial and marketing at Blackburn Rovers, said: “We are delighted to help the Rovers Trust with this appeal.

“It’s a worthwhile initiative and it is good to see Rovers fans making a difference around the world helping children play football and learn more about Blackburn Rovers.

“Hopefully, they will grow up to be Rovers fans.”

Anyone with spare items of kit who would like to support Darren and the Kenyan children can donate them at Ewood Park where a special bin will be located inside the Rovers store.