Four years ago, two sets of Blackburn Rovers fans set up supporters’ groups in reaction to the takeover of our club by the Venkys. 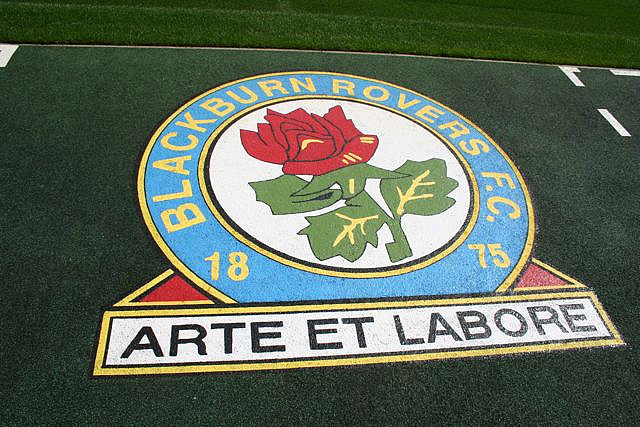 What began as an investment vehicle set up to raise funds to buy Blackburn Rovers should an opportunity arise, and a second group of equally concerned fans, quickly fused into the official supporters trust for the Ewood Park club.

As long-standing Rovers Trust members will recall, repeated efforts to engage with the club, its directors and owners have fallen on deaf ears.

Many of the administrators brought in to run the club, while the hands-off owners oversaw its downfall from India, have now left, including Paul Agnew, Shebby Singh, Derek Shaw and a few others.

Managers have come and gone and we find ourselves in 2016 with the same owners, but new administrators – including former Sky Sports News employee Alan Myers as commercial and communications director and Mike Cheston, a Chorley accountant, as finance director, who gained his football experience at Everton.

The club’s directors are Robert Coar, a relic of bygone days and the man who as club chairman saw Kenny Dalglish out of the door in August 1996 and Gandhi Babu, a Venky’s representative who’s been in the boardroom since January 2011.

The club secretary is Ian Silvester, who joined Rovers in June 2012 having performed similar roles at Leicester City, Leeds United and Liverpool.

So day-to-day, Blackburn Rovers has become a second division club run by a mixed group of employees who, after all the turmoil of the near six year Venky’s reign, are probably grateful simply to do their day jobs without controversy.

However, the elephant in the room is the £100 million-plus debt the Venky’s have managed to rack up and this remains the biggest single worry for Rovers fans.

And it’s also the reason why the Rovers Trust is as relevant today as it was four years ago.

From the start we concentrated on ensuring we were in a position to scrutinise the club and the owners as closely as possible. Early successes included being gifted shares in Blackburn Rovers enabling us to attend the club’s AGM. 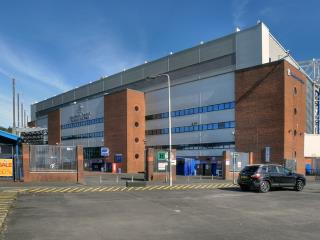 We also successfully worked to have Ewood Park registered as an asset of community value. The owners simply cannot close down or sell off Ewood Park in secret, without consultation and without overcoming some reasonably onerous barriers.

We have approximately 800 paying members and a part of their subscriptions are used for operations paying for IT costs, website, email and newsletter hosting, as well as professional fees for accountancy services such as preparation of annual accounts and submission to relevant authorities.

There are annual membership fees to be paid to Supporters Direct and the Football Supporters Federation, return filing fees, etc.

In the absence of dialogue with the owners or their representatives at Ewood Park, we have got involved helping local grass roots football, awarding local amateur youth football clubs Grass Roots Grants on approved projects.

We have worked with Blackburn Rovers on sending clothing to Kenya as part of a charitable project with a local military officer stationed there.

We are working with the East Lancashire Football Development Association (ELFDA), alongside Blackburn with Darwen Council, to fund a large public football pitch redevelopment plan, as well as various other minor community projects.

But, as much money as possible has been saved in the Rovers Trust accounts and the main goal continues to be the preparation for the day the owners say they have had enough and decide to abandon our club.

With a shareholders’ equity deficit of more than £100 million, finding a buyer will be nearly impossible and the Rovers Trust committee believes that unless Premier League football is achieved next season, which is now almost impossible, the current ownership will seek to offload the club one way or another.

The recent takeover of Bolton Wanderers highlights the importance of having all the structures in place ready to move when the opportunity comes. The Wanderers’ fans supporters trust was not set up in time to make a credible bid when offers were being invited to buy out the club from its previous owners.

Media reports suggest the new owners, fronted by ex-player Dean Holdsworth did not include the supporters trust in their successful bid.

By contrast, Blackburn Rovers has a group of committed supporters who are keeping a constant watch on the owners and their hirelings.

The more fans who continue to be members of the Rovers Trust the better, not least because it's one way of showing the club's owners we are still here, not going anywhere, still checking up on their financial management of Rovers, looking at who they appoint to run the club, talking regularly to other supporters trusts and Supporters Direct on Rovers fans' behalf, talking to other wealthy and/or well-connected Rovers fans about the future.

Like all Rovers fans, we will be here long after the Venky’s have departed and, for the good of the club, it is vital the next owners of Blackburn Rovers, if it’s not the supporters themselves, involve the Rovers Trust in the new ownership structure. That way we stand a chance of preventing another Venky’s from ever again stepping foot in Ewood Park. 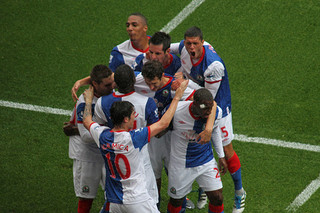 The Rovers Trust has always chosen not to voice our opinion on the team or happenings on the pitch as there are other public groups and forums for that and we have never wanted to get involved in the ebbs and flows of the football.

However, we always welcome any input from loyal members for ideas on how to better engage our membership in a positive way.

And we are continually looking for members to join us in running the Rovers Trust. Just get in touch and let us know how you’d like to help.

To become a member or to reactivate your membership, please go to http://www.roverstrust.com/registration-page/