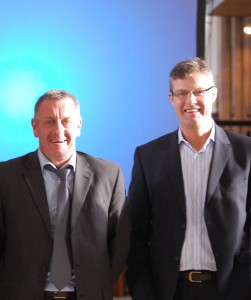 Blackburn Rovers legend Simon Garner has welcomed new manager Michael Appleton to the club – but criticised the way the appointment was handled.

Speaking as an ambassador for Rovers Trust, the official supporters organisation, Garner believes the former Blackpool boss deserves to be allowed to do his job without the infighting and interference that has been characteristic of Venky’s two year rule at Ewood Park.

Garner is a non-executive director of the Rovers Trust and has been passionate about playing a part in bringing Rovers back to the fans and the community since the trust was formed last year.

He says his beloved club has become a “laughing stock” and, in a hard-hitting attack, Garner says the recent managerial upheavals highlight the “major problems” that exist behind the scenes at the Lancashire club.

He said: “The situation is getting ridiculous and Rovers have become a laughing stock. We need to sort out what’s going on behind the scenes to give the new manager, the coaching staff and the team a chance.

“I wish Michael Appleton well and let’s hope he’s allowed to do his job properly. We should all give him our full support – and that includes the owners and the board of directors and other people with influence at Ewood Park.

“The way things are in the boardroom, the mixed messages from different people at the club, the terrible public relations and lack of communication with supporters - it’s no way to operate a football club.

“Very fundamental things are wrong with the club and the way it is being run at the moment. The silence from the Venky’s is deafening.”

He added: “At the moment there is no clear leadership and without that I can’t see Rovers moving forward.”

“We’re not in a healthy position on or off the pitch and it is heart-breaking to see. These are very worrying times to be a supporter.”

“The only positive way forward for all Rovers fans is to join the Rovers Trust, like I have done, and let’s all try to get our club back.”

“Even a small shareholding can make a big difference and give supporters a feeling of belonging and ownership again.”

Garner, Rovers’ record league goalscorer, has backed the supporter campaign to bring the club back into community ownership since the start early in 2012.

He netted a record 168 goals in 474 league appearances between 1978 and 1992 and helped the club gain promotion to the Premier League for its first season in the top flight since the 1960s.

Rovers Trust aims to take a stake in Blackburn Rovers, large or small, as the first steps in a vision to ensure supporters have a permanent voice and a say in the running of the club.

Annual membership costs just £10 for adults and £5 for juniors.