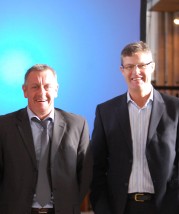 Speaking as an ambassador for Rovers Trust, the official supporters organisation, Garner said the way the Rao family chose to arrive at Ewood Park before the game against Charlton Athletic shows they have learnt nothing in the two years of their disastrous ownership of Rovers.

The Venky’s family ostentatiously swept into Ewood Park in a fleet of limousines, headed by a top-of-the-range Rolls Royce, to be met by a crowd of protesting Rovers supporters stood beyond a line of security guards.

Garner said: “To arrive at Ewood Park in such a way, with limousines, bodyguards and security, like they were attending the Oscars or something, was insensitive at best, but more likely yet another sign of their arrogance.

“In two years we have had to endure the calamitous sacking of Sam Allardyce, Steve Kean’s disastrous reign, relegation, boardroom farce and the managerial merry-go-round this season.

“In all this time, the Raos have done nothing to show they have learnt anything about Blackburn Rovers, English football, common sense or decency.

“The protests from fans were to be expected and should be taken by the Raos as a clear signal they and their appointees will never be accepted or trusted to run our football club.

“I ask that they do the only decent thing they will have done in two years – put Blackburn Rovers up for sale and actively seek out a buyer.

“I and others are prepared to help the owners in their search.

“We want someone who will work with Rovers Trust to give the club back its self-respect, decency and sense of community.

Garner is a non-executive director of the Rovers Trust and has been passionate about playing a part in bringing Rovers back to the fans and the community since the trust was formed last year.

“We want to have a dialogue with the owners and we want it to be constructive for everyone’s sakes.

“Surely, after the reception they received before and during the match on Saturday, after personally witnessing the embarrassingly low attendance – directly their fault – surely they must realise the game is up.

“The way they left their seats after just 65 minutes was yet another PR own goal and shows their utter disinterest in the team and the club.

“The only positive way forward for all Rovers fans is to join the Rovers Trust, like I have done, and let’s all try to get our club back.

“Even a small shareholding can make a big difference and give supporters a feeling of belonging and ownership again.”

Garner, Rovers’ record league goalscorer, has backed the supporter campaign to bring the club back into community ownership since the start early in 2012.

He netted a record 168 goals in 474 league appearances between 1978 and 1992 and helped the club gain promotion to the Premier League for its first season in the top flight since the 1960s.

Rovers Trust aims to take a stake in Blackburn Rovers, large or small, as the first steps in a vision to ensure supporters have a permanent voice and a say in the running of the club.

Annual membership costs just £10 for adults and £5 for juniors.