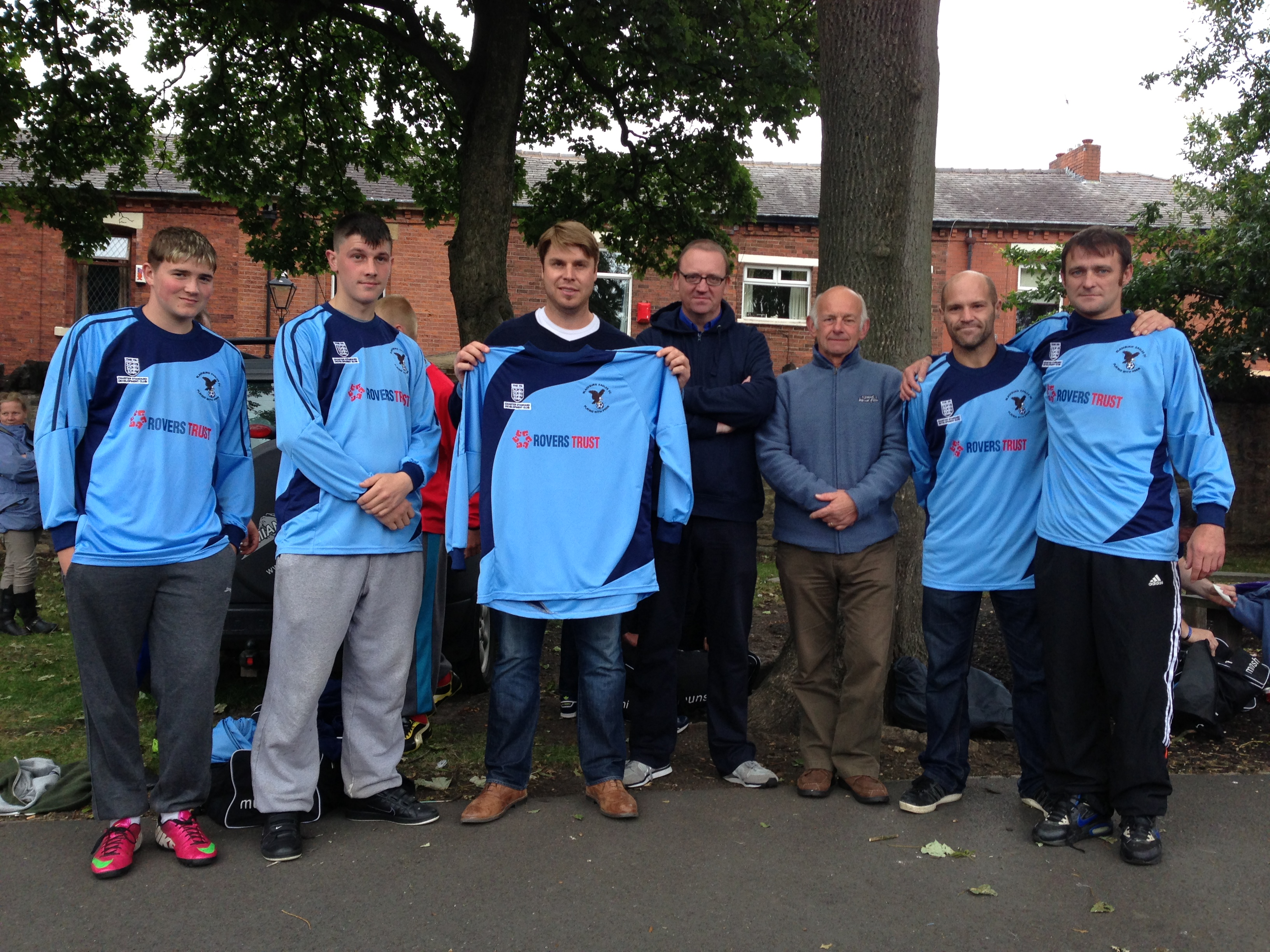 The Rovers Trust has provided new kit for grass roots football teams in East Lancashire for the 2013-14 season.

One of the aims of the Trust is a commitment to support amateur football in the local community. 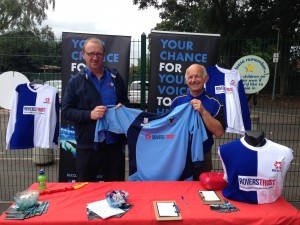 One of the first clubs to receive our help is Blackburn Eagles FC, an FA Charter Standard Development Club established in 1991 to provide football for young people in and around Blackburn.

They have nine established teams within the club and are putting together five more new teams for the 2013-14 season.

The Rovers Trust has stepped in to provide sponsorship and financial support to allow them to do this.

Ozz Jones, co-chairman of the Rovers Trust, says: “We believe it is crucial for the long term development of football and the benefit of the local community that support and encouragement for this type of enterprise should be given.

“When Blackburn Eagles approached us with their application for sponsorship we were happy to help and our donation has allowed the All Ages team to have a complete new kit, with our name as proud sponsors on the front of the shirts.” 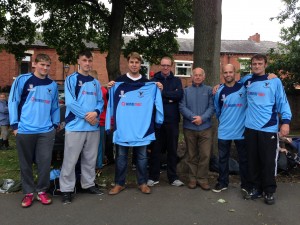 The Eagles launched their new kit at their annual Fun Day recently, where the players and volunteers, along with the local community all attended an event at Griffin Primary School in the town.

Members of the Rovers Trust set up a stall for the day and officially handed over the new kit to the players courtesy of a hand shake from former Rovers captain Garry Flitcroft, who was the guest of honour for the afternoon.

Ozz Jones added: “The Rovers Trust welcomes applications from anyone involved in grass roots football in East Lancashire and we will be happy to advise on our current sponsorship opportunities.

“As the official Supporters Trust for Blackburn Rovers we want to encourage participation in football at all levels, from playing to

spectating and from the Championship down to the local park, school and junior teams.”