Kenyan kids are wild about Rovers 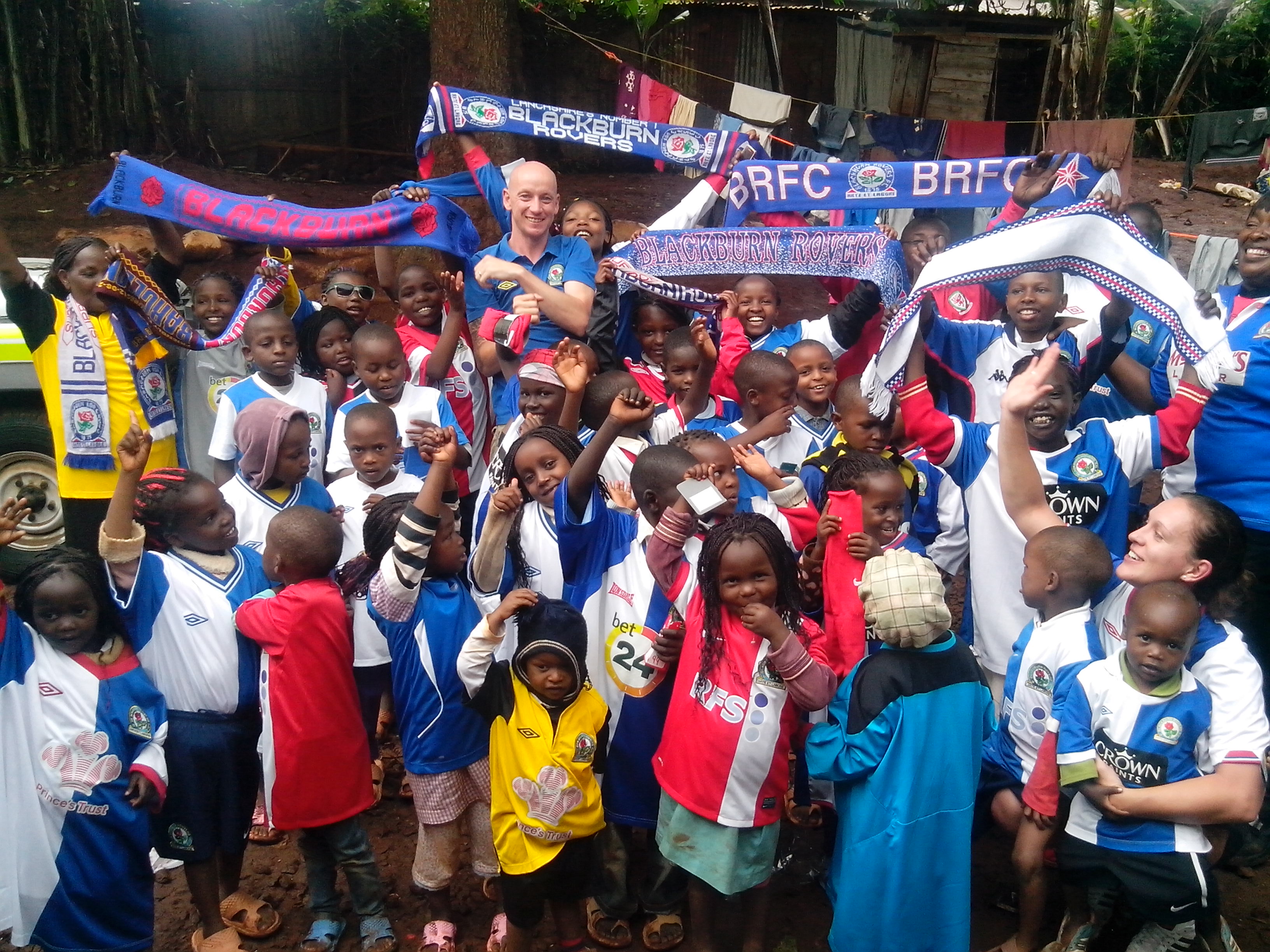 A Football-mad soldier’s appeal has turned a Kenyan orphanage into a little piece of east Lancashire.

The youngsters are now proudly wearing their Blackburn Rovers shirts, hats and scarfs, thanks to the efforts of Darren Gudgeon.

His appeal was answered by The Rovers Trust and the club, who rallied to his call and took his plea to fans, launching the ‘Kits for Kenya’ appeal.

Anyone with spare items of kit was asked to bring them to Ewood Park where a special bin was located inside the Rovers store. 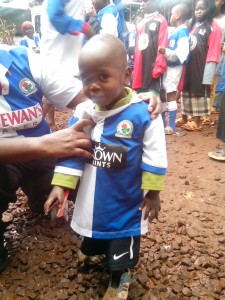 And the youngsters received an early Christmas present when two large boxes filled with clothes were sent to Darren for him to distribute to the children. A third will follow shortly.

Darren, a Rovers Trust member, was overwhelmed with the response. The 33-year-old father of two said: "I would like to thank the fans, the Trust, and of course the club. 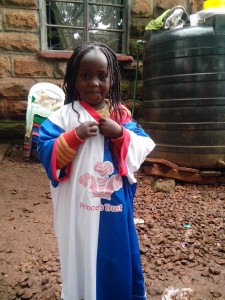 “The clothes you have all provided will bring joy to the kids and help them understand that there is help out there.”

Simon Barnes, secretary of the Rovers Trust, coordinated the appeal and handled the logistics of transporting donated items to Kenya.

He said: “This is one of the many important initiatives the Rovers Trust is successfully working on for members and the supporter base as a whole.

“We’d like to give a big thank you on behalf of Darren for all the support that the fans, the club and the shirt sponsor RFS gave to our Kits for Kenya appeal.

“Sometimes it doesn't take a lot of money or effort to show a little kindness and make a lot of difference in people's lives.

“It shows that the people at Ewood Park who run our great club, the sponsors and just as importantly the fans really do care. 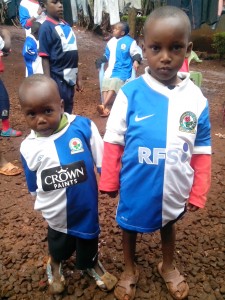 Darren is based in Nairobi and helps to train the Kenyan Army while also providing food, shelter and medical care for the orphanage.

When Cpl Gudgeon, who is with the Royal Logistic Corp, arrived at the orphanage, five of the children had HIV and were in a bad way, but through various donations, their health improved.

The former Rhyddings School pupil explained how the idea for Kits for Kenya began. “I showed them footage of a Rovers game on my iPad and they were fascinated, not only by the football, but by the iPad too. It was like something from the future to them.”

Simon Barnes added: “The Rovers Trust remains committed to its aims of bringing the club back closer to the community.

“Part of our stated aims is to support local organisations and projects as well as helping our members, even overseas, to realise something important to them.

“If you have a project or organisation, especially one linked to the club, the community or Grass Roots football then please contact the Rovers Trust. No promises but we may just be able to help you make a difference.”