A Grand Day Out Too 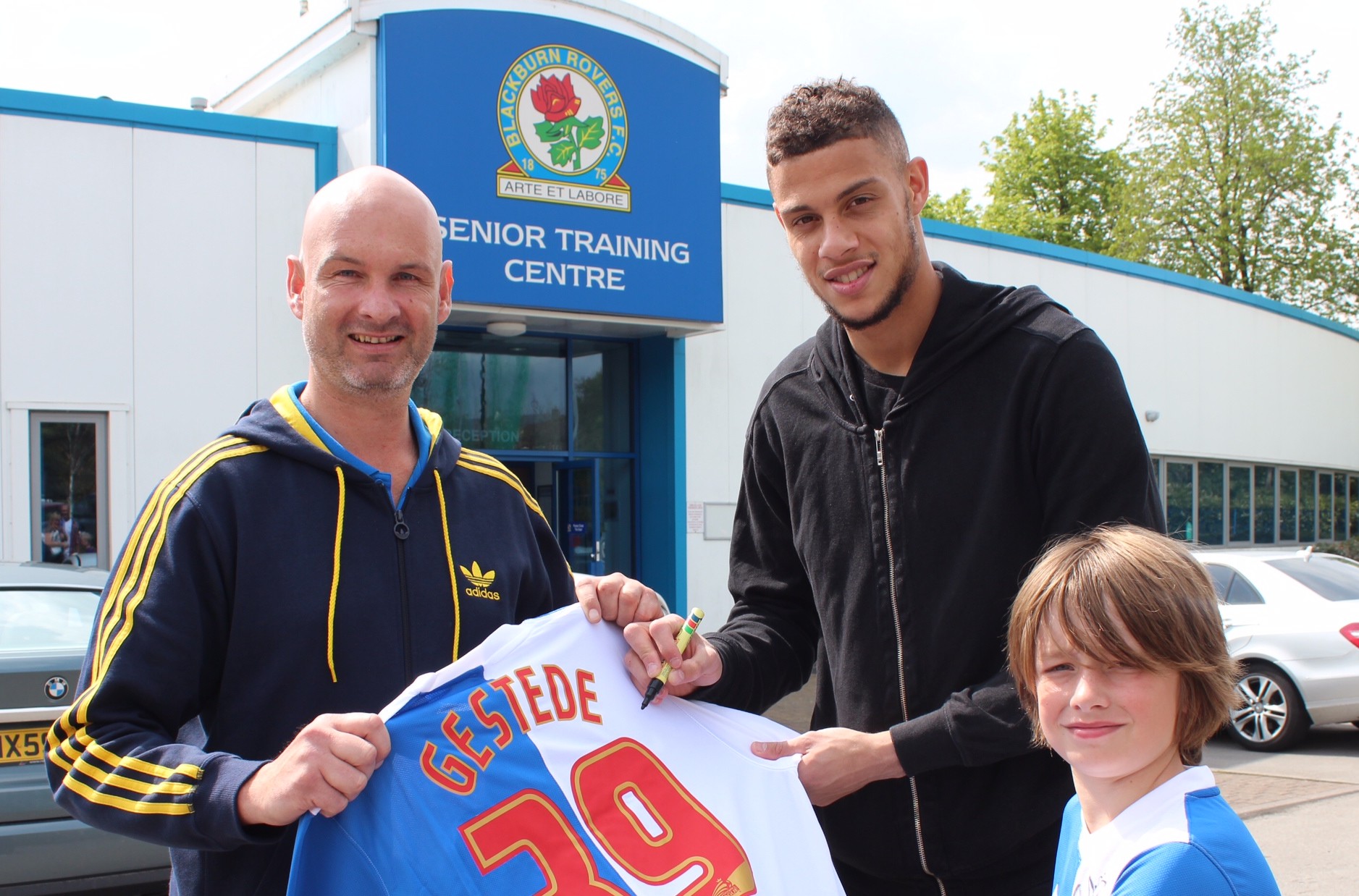 Jonathan Gordon, the winner of our recent competition tells us all about his day at Brockhall ...

Out of the blue, I got a call on Wednesday, from Jennifer, who works down at Ewood. She broke the news that I had won a day out at the Senior Training Centre at Brockhall the following day, courtesy of the Rovers Trust, all I had to do was chose a lucky person & turn up the next morning. After kindly getting permission from the school, who kept it secret, my 9 year old son Riley would accompany me, he's a season ticket holder & member of the Trust too. 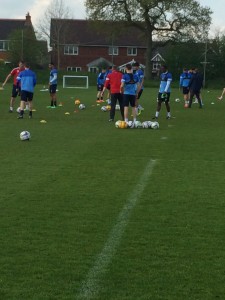 The next morning, after finally telling my unsuspecting son who shot out of bed for once, we made the trip to Brockhall arriving on a beautiful sunny morning. Arriving early we made our way to the reception, speaking to various members of staff, playing & backroom, I was impressed at the 'feeling' there, happy, positive & warm, everyone seemed pleased to help.

Once Jennifer arrived, we made our way up to the pitches, waiting in the spring sun for the players. Taking a look around, the training area is split into 2 parts, the upper ground, an area of two full sized pitches was already set up with equipment for the session, the slightly lower site was of similar size but was being prepared for the summer, being reseeded & having purpose built netting installed around the perimeter, 30+ feet high. It looks very good.

The management arrived first, Gary Bowyer & Craig Short, walking up the short incline from the main building, before introducing themselves!!! then on to the centre. The outfield players followed after 15mins or so, after indoor warm ups, grabbing a ball between 2, 3, 4 & doing some small passing games, once everyone was on the training ground, a gentle half lap of jogging followed by some dynamic stretching. They returned to a drill which was a mixture of body swerves, burst of speed, skill, using a ball each around cones, agility ladders & rebound walls. This lasted around ten mins before regrouping into two small groups for rondos (piggy in the middle) & a larger possession game running concurrently, each team moving over at specific times. To finish with was an unopposed combination routine, this was taken by Gary, the centre half had to play a solid ball on to the wing, which was then played into the centre for a goal scoring chance. The 4 goalkeepers came out for this, and came into their own, every time a striker spurned a chance, they chipped away at them all in good fun. Each move was different, left & right, direct at times, overlapping wing backs sometimes, it had a good intensity & spirit (I'm a grassroots coach & I'll use this for the team). The session lasted a total of 90 mins. 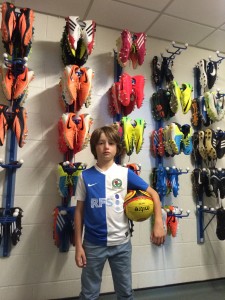 We left the players to it, watching players returning from injury getting back up to speed, as we went on a tour of the facilities. Our escort was Mike, who had been on site since it was built, he had a real passion for the place & was to boot, a Rover too. He arrived when it was originally the site for the Academy, then under Mark Hughes, when he made it the first teams base. We started outside the accommodation for players, & after some anecdotes about former youth teamers we moved into the main facility, firstly to the boot room, where Riley's eyes scanned the sight of all of his favourite football boots hung. He wants a room like that now.

Through inspiring slogan covered walls of the corridors, to the gym & pool, and to the outside 3G pitches which helped the site get Category One status, Mike explained all in detail, helpful & informative, even turning a blind eye to Riley bringing his football with him. After visiting the indoor 3G, where Riley played an impromptu game with the returning squad, to the warm up/warm down area, we made our way media room before visiting the very interesting Prozone room. This is where a team of 4 plot, devise & prepare analysis of opponents weaknesses, strengths, patterns of play for the management & players. These boys are full time & first class, it shows the structure of BRFC is Premier League, we just need the team to get us there. After this, lunch.

Sitting at round tables, Mike told that the players could have 'anything' they wanted, steak, fresh fish, soups & salads, fresh food cooked from scratch prepared by a chef, who feeds the players a menu which prepares each for the forthcoming game, changing the selection to suit when match day is. Soup followed by sandwiches was on offer for us, and after watching Jordan Rhodes & Tom Cairney play pool they gladly signed a beaming Riley's shirt. Rudy, the Trusts sponsored player, came in & immediately introduced himself without any prior warning, a very gracious & polite young man who spoke with Riley about his fledgling football career. We went outside for photos & the signing of his shirt, after 10 mins of chat we let him get back to it, other players milled around before we said our goodbyes and thanks to Jennifer & Mike and went back to the real world.

All in all, an absolutely excellent day, and it reinforces how lucky Rovers are for having this facility, and also that we are still a great club, with everyone being very friendly and kind. A big thanks to the a Trust for this, as well as to Jennifer & Mike and everyone who made us feel very welcome. C'mon Rovers.