• £30 million written off the estimated value of players

• Total shareholder funds could be as little as £1.4 million

• The club could be self-supporting within two years

Close scrutiny of Blackburn Rovers’ latest accounts makes for alarming – and depressing - reading. But, could there be light at the end of this long and dark tunnel?

The bare facts show a finance team struggling desperately to bring spiralling costs under control. They failed, by some distance, to comply with this season’s new Financial Fair Play regulations; hence the transfer embargo on the club.

According to Dan Grabko, finance officer for the Rovers Trust, the official supporters trust for Blackburn Rovers, the accounts show the club’s new finance department has decided to charge as much as possible during the 2014 fiscal year with a look to trying to comply by next season if promotion isn’t achieved this time.

An extra £9.6 million has been taken off of the player registration balance sheet account and charged through the Profit/Loss account.

This means the actual value of the intangible assets (players) has been deemed to have decreased during the year by around £30 million. This includes both regular depreciation as well as the extraordinary amounts.

A further £12 million in losses means the total shareholder funds - really the deficit as it is a negative number - of the club has risen to a staggering minus £57.2 million.

Dan says: “When Venky’s bought the club the shareholder funds were a healthy and positive £25.7 million.

“In real terms, Venky’s bought Blackburn Rovers for £20 million, a 20% discount on the shareholder value at the time of sale.

“At that same discount, they’d have to pay a new owner £68.6 million just to take it off their hands!

“Basically, what all this means is that as a saleable object the club is completely worthless.”

If there is any glimmer of good news in these figures it is this: £58.6 million is owed to Venky’s, so if it was to forgo the entire amount as part of a sale, i.e. convert it all to equity instead, then total shareholder funds would be around £1.4 million.

“This is definitely within range for a supporters trust to buy the club,” says Dan.

However, this leads on to the second most alarming news from the accounts – running losses and operating costs, which have almost doubled since the Venky’s takeover, up from £12.1 million a year to £19.8 million.

Dan comments: “The club is losing money on operations at an alarming rate, almost £24 million a year, and nobody in their right mind will take that on, even if the purchase price is £1. 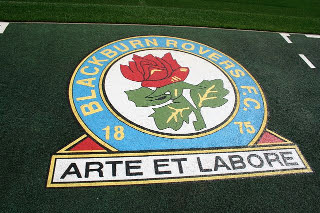 “Even if Venky’s decided to walk away tomorrow, or at the end of the season, and give the club away to a new owner, it would be a daunting task to make the club run on its own two feet again.

“It would require an almost complete restructuring of the playing and coaching staff at senior level.

“Doing so while avoiding being forced into administration is a very difficult task.”

As ever in football, the biggest problem is the players’ wages.

Dan says the finance team has taken £6.5 million of this cost in advance as a reserve for onerous contracts.

The strategy could see an additional £3.2 million in player value depreciation costs be saved by next year, taking almost £10 million off the Profit/Loss account.

To make all this accounting work, the club paid a lot of extra fees to external accountants who, presumably, assisted in coming up with the strategy used to maximise the loss this year to try to comply with FFP next year.

Dan says: “I actually think the new finance team did a great job with the strategy they have chosen, to try to come into compliance with FFP as soon as possible.

“It’s an admirable effort, but still leaves the club with a £14 million loss to reduce for the current season.

“This most likely means a forced sale of some players should the club not be promoted this season.

“These deals would have to happen very shortly after the season’s last ball is kicked, so they could go through before the June 30, 2015 year end.

“Rovers are limited to a very small number of players who might command high enough transfer fees to cover the gap - and selling them would have a deleterious effect on any promotion hopes for 2015-16.”

Going forward, Dan identifies reducing costs and increasing revenue as the priority for the club to cope with an end to Premiership parachute payments and no promotion, and that means a less deep and more affordable playing squad, as this is where the club can save costs most quickly and easily.

The challenge for anyone aiming to take over Blackburn Rovers, such as the Rovers Trust, is making the club self-supporting.

In the club’s current state, it would take probably a £15-25 million investment over the next two years to keep the club out of administration, restructure it, and be able to move forward on a self-supporting basis.

Dan concludes: “The club could be self-supporting on a £20-25 million wage budget in the Championship, everything else being equal, and most likely maintain a comfortable mid-table position there.

“Hopefully the years of £30-40 million losses are gone for the foreseeable future.

"After all the bad things Venky’s have done to Blackburn Rovers, it would be something if, when the time comes, they could manage to sell or hand over a still-functioning football club playing in the Football League.”