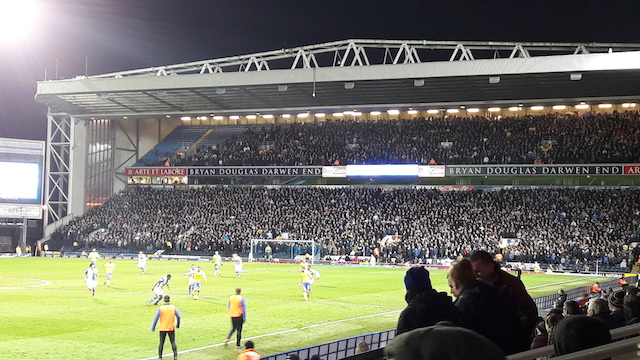 Rovers Trust is very happy to report that Blackburn with Darwen Council has accepted its application to protect Blackburn Rovers’ stadium, Ewood Park, as an ‘asset of community value’ (ACV) for a further five years.

ACV listing means that the property, providing social well being and social interest to the local community, is protected from being secretly or very quickly sold off. If the current owners decide to sell, it gives local people time and space to build bids for the asset to remain in community use. Research by Supporters Direct in 2013 showed that there were at least 54 instances of clubs being separated from ownership of stadiums in the previous 20 years which in most cases had ‘not resulted in positive outcomes’.

Michael Doherty, the Trust’s Legal and Policy Officer, said ‘We are delighted that Blackburn with Darwen Council continues to recognise the fundamental importance of our football club, and its home at Ewood, to our community. We would like to thank our fantastic members for continuing to support Rovers Trust in its mission to defend the long-term interests of the club, through good times and bad’. The Trust would also like to thank our former Board member, Paul Brooking, whose original initiative in 2013 this successful application built upon.

Unlike the Trust’s attempt in 2017 to have Blackburn Rovers’ Academy and Training Ground at Brockhall similarly protected, there were no objections from the club or from Venky’s (London) Ltd.

Rovers Trust chair, John Murray, said ‘This decision shows how Rovers supporters, regardless of results on the pitch, can continue to help protect the present and future of the club we all love. We urge all supporters who share our aims to join the Rovers Trust’.